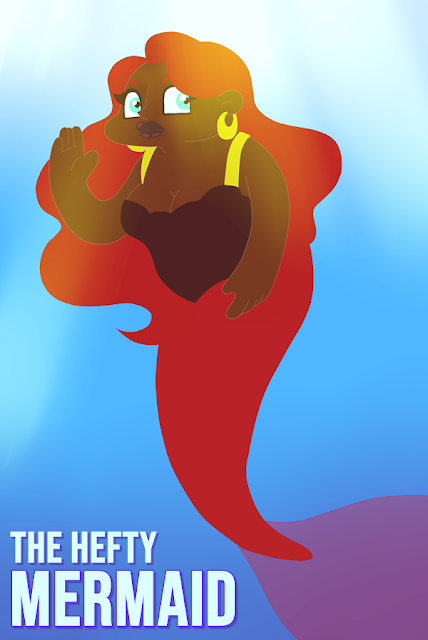 Start from the beginning here: Part One

The door of La-Shar-Ra-Kwon-Do’s cell slid open and Captain Zircon rushed into the room with a flustered expression on his tiny Gondorian face. “I’ve just received word that Prince Albert of Hapi is being brought here,” he gushed excitedly looking around the room at the astonished Varunian royals he had just burst in on.

“Prince Albert? Isn’t that the boy from the video?” La-Shar-Ra asked looking from Zircon to Quinn.

“Yes,” Zircon nodded as he slid into a chair and took a few deep breathes to calm himself. “Commander Fufu, you know the officer in charge of security at the school? Well he contacted me just now to say that Prince Albert is being escorted here.”

“On what charge?” Quinn cut in before Zircon could continue.

“The illegal distribution of pornographic material,” the warden explained taking a quick peek at La-Shar-Ra-Kwon-Do.

“The same charge as me.” La-Shar-Ra nodded catching Zircon’s glance. “So he was the one who made that damned recording and left it in my brother’s study for him to find?”

“No, that’s not what happened,” Zircon explained shaking his head. “Just a moment ago you were wondering how Prince Gatsby had been able to see the video, well it turns out that it was Prince Albert who distributed the recording to his schoolmates once it had been made public.”

“So that little pervert sent the video to babies?” Varianna raged, glaring at Zircon.

“I think we’d better take this discussion somewhere a little more private,” Quinn said. La-Shar-Ra-Kwon-Do could see that whilst her niece’s voice remained deceptively calm her face showed pure rage. “We should go back to my cell where we won’t be overheard by eavesdroppers.” It was clear from the way that Quinn was staring at Zircon that she was less than impressed to discover that he had been listening in on their conversation.

The warden got up from his seat with neither complaint nor apology and hurriedly lead the way upstairs to Quinn’s comfortable, apartment sized cell along with the three Varunian royals and the two security officers that had been assigned to guard La-Shar-Ra-Kwon-Do.

When they were finally settled in the safety of the soundproof cell, Quinn rounded on Zircon with a furious expression in her eyes. “I’ll ignore the fact that you were eavesdropping on our private family conversation if you tell us everything that you know immediately. Don’t try to hold anything back or I’ll report you to Roxy herself,” she threatened.

Zircon narrowed his eyes as he returned Quinn’s glare, “I’m the warden here. I can eavesdrop if I want to. Besides I was going to tell you everything anyway,” he replied sulkily.

“Well get on with it then.” Varianna snapped. “I want to know why my angelic little grandson had his mind warped by that foul fiend’s insatiable appetite for attention.”

“All right,” Zircon nodded. “This is all that I know so far. A few minutes after the video had been released to the public by Ta-Shia, Prince Albert became aware that a video of one of his rendezvouses with Queen Dove…”

“The woman in the video is not my aunt,” Quinn interrupted.

Zircon nodded, “Yes, I’m aware that you think that but I’m afraid Prince Albert insists that it was the Mer Queen herself,” he said without a trace of annoyance at being cut off. La-Shar-Ra suspected that the warden was so pleased to be able to gossip that nothing could upset him now that he had his chance to give information to people almost at the very heart of the fiasco.

“Go on with what you were saying,” La-Shar-Ra insisted when Quinn fell silent apparently in quiet contemplation.


“Ok,” Zircon chirped. “Well as I was saying, after the recording was made public the Prince became aware of it. Later when Commander Fufu questioned him, Prince Albert maintained that he had no idea that the rendezvous was being or had been filmed. When he saw the video he just assumed that his lover was using it to announce their affair to the entire Alliance so he contacted her straight away in regard to their plans for the future. According to him it was Queen Dove who told him to make sure that everyone had seen it so that there would be no going back. Her husband would have to acknowledge their affair and give her a divorce.”

Quinn, Varianna and La-Shar-Ra-Kwon-Do all looked at the warden with blank expressions finally Quinn asked, “What exactly is a divorce?”

Zircon smiled from ear to ear, clearly pleased to be able to impart some knowledge on the three women, “Well apparently it’s an ancient Gaian tradition that their ancestors used to practice on Earth. It’s the legal dissolution of a marriage,” he explained smugly.

“Oh you mean death,” La-Shar-Ra nodded. “I see, so the boy is saying that my sister in law wants to die or does she plan to kill my brother?” she continued becoming more angry as she spoke.

Zircon chuckled but when he caught the dangerous look in Quinn’s eyes he pretended to cough and then cleared his throat, “I’m afraid your highness misunderstands me, in a divorce neither party dies. It’s a way to end a marriage and remain alive. The Gaians’ ancestors practised this in increasingly high numbers for a variety of reasons. One instance was in the case of infidelity when the cheating spouse could be cast off without the need for murder.”

“How very astonishing,” Varianna said. “I’m sure that I should be pleased to learn more at a more appropriate time but for now will you please stick to the matter at hand!”

Zircon’s happy expression dissolved and he looked down at his hands “But it was your daughter who asked about divorce,” he mumbled under his breath. In his usually tone he continued, “Where was I? Ah yes. Allegedly Queen Dove asked Prince Albert to make sure that as many people as possible had seen the video so he distributed it to everyone at the Academy.”

“Oh my I-Am,” La-Shar-Ra groaned. If she had only taken the video to the security services when she had first discovered it, none of this would be happening now. The only hope she could maintain was the slim chance that Quinn was correct and the person in the video hadn’t really been her sister-in-law but the young man had said that it was Dove. How likely was it that he had been mistaken about the identity of his lover?

A buzzing sounded from Zircon’s Com-D and he excused himself to take the call. Now that the Varunians were alone again Varianna turned to her sister and said, “One aspect of this that I’m not clear on is why you couldn’t have simply told our brother what you had discovered, he could have had the matter investigated privately and decided how to act.”

La-Shar-Ra glared at Varianna with some annoyance, “I’m not going over this again. I told you that I wanted to find out who the young man in the video was and who had filmed it. I wanted to gather as much information as possible before I took it to Bob.”

“Well you’ve certainly managed that…” Varianna began but before she could complete her sentence Zircon reappeared with an even more excited expression than he had had before.

“Prince Albert has arrived,” Zircon blurted out looking at the Varunian women in turn. He’s being taken to a cell on one of the lower levels.

La-Shar-Ra-Kwon-Do sprang up from her seat faster than one would have expected for a person of her size. “Take me too him,” she demanded. “I want the little brute with my own eyes.”

“I don’t know about that…” Zircon replied allowing his voice to trail off. The eager expression in the warden’s eyes belied his interest. “I probably shouldn’t allow it.”

“Why?” Quinn demanded standing and walking over to the door. “There are no rules which deny prisoners in The Tower the right to visit each other are there?”

“No, there aren’t,” the warden confirmed happily. The Tower was the prison for royals and nobles who fell foul of the law whilst aboard Adhara Space Station. Prisoners were free to walk the grounds, socialise with each other and even have guests at any time of the day or night. Quinn, a frequent inmate had a comfortable apartment like cell in which could accommodate several of her personal guests if they should wish to stay the night. The only restriction was that the prisoners weren’t allowed to leave the facility without a licence.

“Good! Now let’s go and get some answers from Prince Albert.” Quinn said, opening the door and leaving her cell. Commander Zircon hurried behind her calling out that he would show the way as La-Shar-Ra, Varianna and the guards who had been waiting in the hall followed.

Labels: La-Shar-Ra-Kwon-Do Quinn The Tower Varianna Zircon
Miss P. Candice Goddard
I'm a human and I like writing. I'm inquisitive so I enjoy learning about new things but mostly about people and human culture.